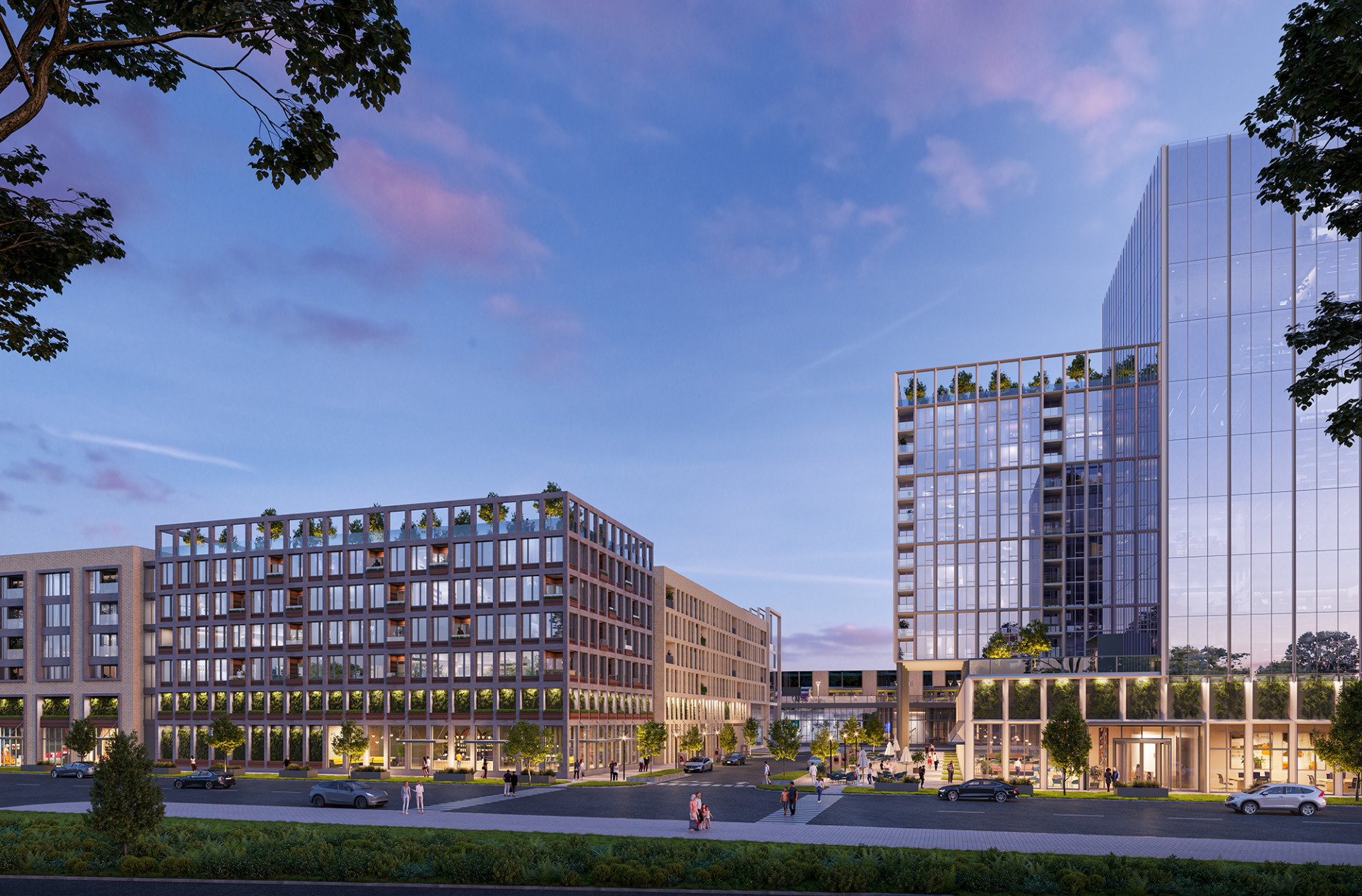 A plan by state officials and DOR Woodbridge LLC, a joint venture of Russo Development, Onyx Equities and Terminal Construction, call for new office and retail space and market-rate and affordable housing, plus community amenities and bicycle, pedestrian and infrastructure upgrades around the Metropark transit hub.

Operating as DOR Woodbridge LLC, a joint venture, the developers will focus on 12 acres adjacent to the Northeast Corridor stop. Plans call for an unspecified amount of new office and retail space and market-rate and affordable housing, the state said Wednesday, along with community amenities and bicycle, pedestrian and infrastructure upgrades around the transit hub. 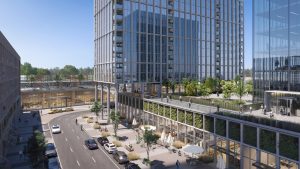 “Station by station, line by line, we continue our determined overhaul of one of the world’s most critical transportation networks,” Gov. Phil Murphy said. “This comprehensive transformation requires infrastructure investments that are complemented by the promotion of walkable neighborhoods, the construction of affordable housing, and the cultivation of economic opportunity. By leveraging public-private partnerships like the synergies on display today, we stimulate not just transit-oriented development, but future-oriented communities.”

Murphy announced the pick during a news conference at Metropark, which sits at the nexus of Route 27 and the Garden State Parkway. The surrounding area is already home to one of the state’s prominent suburban office submarkets, but the parcels directly alongside the rail line consist of surface and structured parking for commuters.

The team of Russo, Onyx and Terminal Construction, with the affiliated Dinallo Development LLC, will now spend the coming months performing site due diligence and collaborating with NJ Transit, Woodbridge Township and other stakeholders to advance the project design and related financing, phasing and implementation plans.

“NJ Tranist’s Metropark Station redevelopment represents an opportunity to reinvent one of NJ Transit’s busiest transit hubs into a vibrant mixed-use environment with the addition of residential, office and support retail in a curated pedestrian-oriented environment,” said Ed Russo, CEO of Russo Development. “The Murphy administration’s initiative to create public-private partnerships to drive the redevelopment of high value assets in NJ Transit’s portfolio is not only an imaginative way to catalyze value creation but is visionary in the way it will ultimately enhance the rider experience statewide. 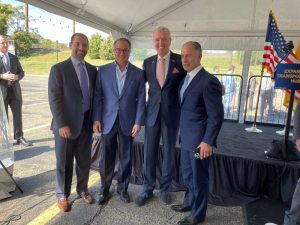 “We, along with our partners at Terminal Construction and Onyx Equities, are honored to be part of the team that will make this vision a reality.”

The joint venture is a familiar one. Russo and Onyx have teamed on several projects in the state, including the new 376-unit Vermella Woodbridge at the nearby intersection of Main Street and Route 9, while Russo and Dinallo are also longtime partners.

“Metropark is surrounded by a dynamic community of hospitality, office, retail and residential uses that engage and benefit the train station, and with this redevelopment program, the station will now become a more integral part of its neighborhood and community,” said Jonathan Schultz, co-founder of Onyx Equities. “A mixed-use development that provides new resources and encourages the use of public transportation will activate travel, business and residential users alike and, with our collaborators at NJ Transit and our partners, we look forward to creating a development that sets the standard for transit-oriented design and planning.”

Terminal Construction CEO Donald Dinallo added that the plan would build on his firm’s history of projects around transit nodes, including a recent parking deck at Metropark.

“We’ve participated in a progression that began with simple station buildings and now arrives at a new definition for infrastructure that will include the integration of residential, retail, office and hospitality,” Dinallo said. “It is very satisfying to be part of this team and continue our half-century service to NJ Transit.”

Murphy’s team on Wednesday also noted that transit-focused development is one of the five goals in NJ Transit’s 10-year strategic plan through 2030, as it promotes a more sustainable future for by developing walkable communities, engaging in adaptive reuse of property to maximize its value and fostering a green economy by reducing emissions related to transportation.

“Advancing transit-oriented development such as the Metropark project is key to creating walkable communities that provide easy access to transit and improved quality of life for communities,” said Diane Gutierrez-Scaccetti, commissioner of the state Department of Transportation and NJ Transit board chair. “This is a significant step forward for an important project that integrates transportation, sustainability and economic development.” 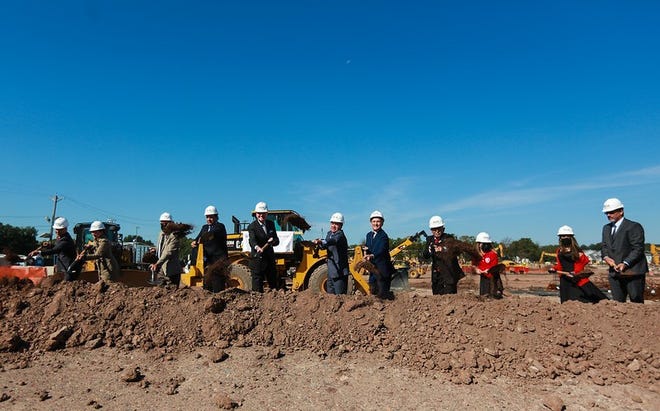 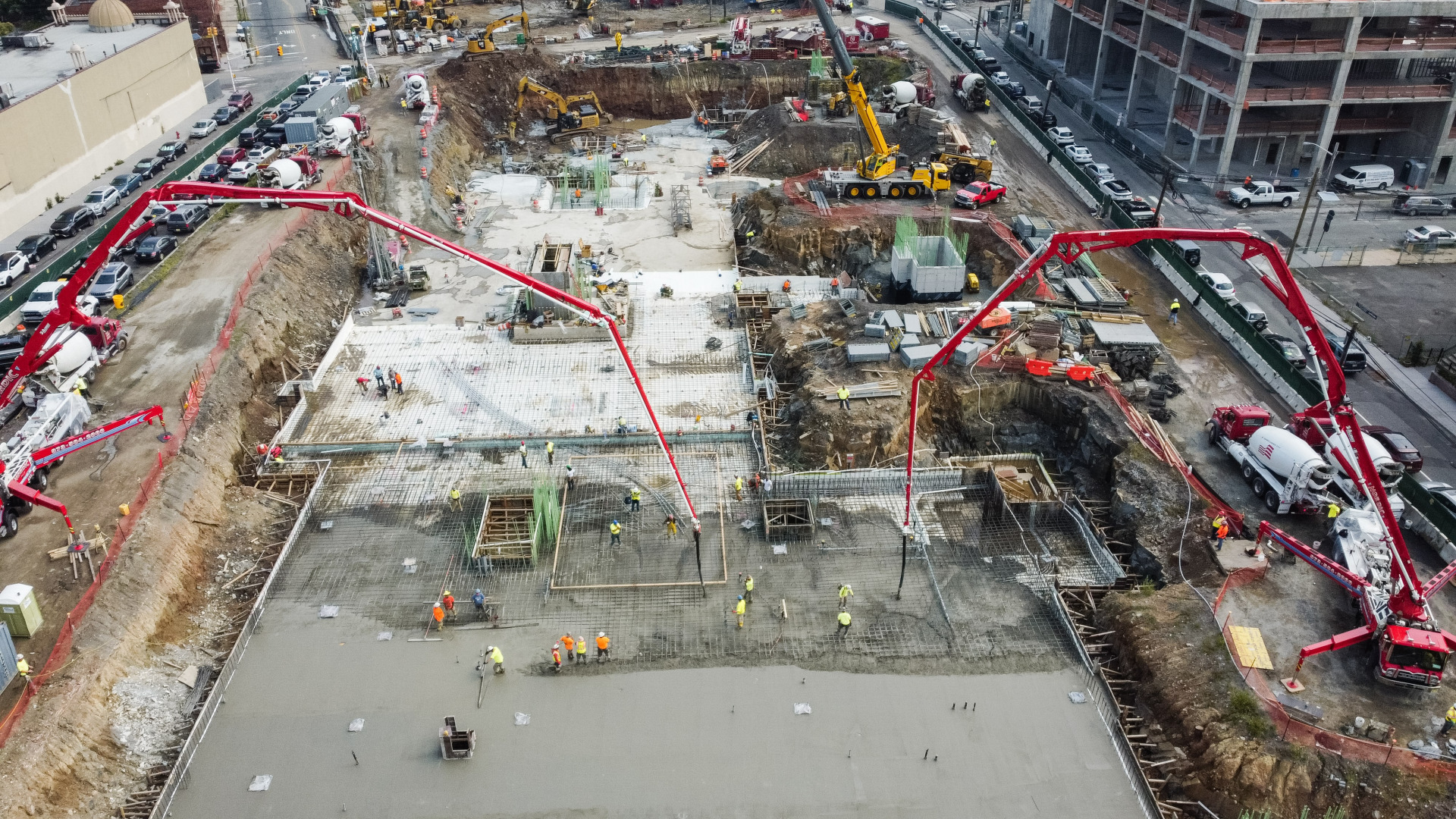